There is another photoshoot at our house today (wrote this yesterday), and they want to shoot a scene in our master bedroom, which isn’t decorated very well, so I cannot fathom why, but regardless, I’ve been sitting in Matthew’s/Joel’s room (the nursery) with Joel and Mark’s mom for the last three hours, worried that the photographers will see my retainer that has been half eaten by Howie (I think I left it on my nightstand), but I wear it anyway, because it still works, and I am frugal, and I also can’t help but feel so fucking sad. I can feel myself headed into the familiar downward spiral, the pit of grief and anxiety.

We built our house about two years ago, Mark serving as partial general contractor. It was a labor of love, and we were so freaking proud of how it turned out. Always keenly aware of how life could change, I was never one to call this my “forever home,” but I envisioned staying here for a long time nonetheless.

Our house is a craftsman style ranch, with some contemporary flare, with the master bedroom on one side and the other bedrooms on the other side. After Matthew died, we shut the nursery door indefinitely, and I rarely ventured to the “other side” until Joel was born, at which point I was forced into it.

Matthew died at 32 weeks, plus 4 days, which was one week before my first baby shower, so when he died, we hadn’t accumulated all of his stuff, but we’d started decorating his nursery and made semi-significant progress. In fact, we were working on it the day before he died.

So on July 13, 2015, Matthew’s nursery became frozen in time, much like the rest of my life, with some very limited memories of Matthew left untouched, locked within the confines of those four walls. It was too painful for me to revisit. I know sitting in an empty nursery brings some baby loss parents comfort, but I tried to forget everything about this room.

But sitting here now for so many hours makes it glaringly obvious that forgetting was/is impossible.

On a side note, because I haven’t been able to confront the nursery it looks like a total fuckory. It’s become a dumping ground for things that Joel is too young to use and for the thousands of things that shopaholic Mark ordered for Joel. Joel’s crib is full of junk because he isn’t sleeping in it yet, and the nursery is limited on storage, containing only a changing table and a dresser. There are some sparse decorations on the walls, some purchased by me, and some by others, and there is no “theme,” so, as a result, there are pictures of African animals across from pictures of farm animals. On a positive note, I guess Joel will know about an array of animals, and maybe there are actually farm animals in Africa, in which case I guess the nursery is a safari theme with a recently purchased airplane mobile sitting on the floor… The chaos of this room is going to cause me to have a nervous breakdown.

Probably 70 percent of the items in this room were purchased specifically for Joel, but my eyes can’t help but fix on the other 30 percent.

There is a dresser drawer that Mark recently informed me is “Matthew’s drawer,” and I’m terrified to open it, terrified as to what I might find and how bad it might crush me. In one of the bottom drawers, there is a used baby (or toddler?) snowsuit that Mark purchased on eBay when I was pregnant with Matthew, and for some reason it spoke to me, and I had all of these visions of grandeur about Matthew wearing it in our backyard during his first snowfall. The image of this snowsuit is the last image burned in my mind before I shut the nursery door indefinitely, as it was draped over the crib. There is also an orange onesie from one of my auditors from whom I did not expect to receive a gift. Matthew died about a week after she gifted it to me.

I’m aware that had Matthew lived, Joel would have used his hand-me-downs, but it shouldn’t have been like this.

There are blue jays (our Matthew sign) and rainbows and little brother t-shirts, signifying that Joel is not our first child, and there is another guest bedroom nearby – a bedroom that should be either Matthew’s big boy room or Joel’s room, not a guest bedroom at all.

There are two rocking chairs in an obscenely small space. One is the rocking chair my mom and dad used when I was a baby and then handed down to me. My dad started to refinish it when I was pregnant with Matthew, and when Matthew died, he stopped, and then, before Joel was born, he finished it, affixing a golden plaque to the front of it reading, “In loving memory of Matthew Christopher, July 13, 2015.” The other is a newer glider that we drag around the house. Mark purchased it on Amazon, after Joel was born, because we wanted to first make sure that he made it home before buying him things.

There is a $500 breathable mattress in Joel’s crib. We spent so much money on it, because we want to do every little thing to make sure he doesn’t die, as if we have control.

The trim in Matthew’s/Joel’s room is the smoothest in our house. Mark worked extra hard to correct some of the issues with the builder’s paint job in this particular room prior to Matthew’s arrival, but then Matthew never came home.

There are no room darkening shades that would help for naptime. I can’t find the fucking energy to pick out something so trivial.

I’m on my last week of maternity leave, and our nanny starts on Monday, and the changing area is a mess, because I do not have the mental capacity to contemplate shelving, but we have to do SOMETHING soon, because I do not want her to take her eyes off of Joel while she’s changing him, because I’m terrified of him falling, so she needs to have all of his supplies in one place.

For more than a year I didn’t enter Matthew’s/Joel’s room. A friend visited me in December, and Mark, for some God unknown reason, asked if I wanted to show her Matthew’s room, and I broke down into a sobbing mess for like an hour as she sat next to me on our living room couch.

A small window in Matthew’s/Joel’s room faces our driveway, and I remember coming home on so many nights devastated at the sight of this dark window – this room should have never turned into such a dark, sad place.

Sitting in this room I’m realizing that EVERYTHING in it is the way it is because Matthew lived his painfully short life and then died so suddenly, and I’m just crushed all over again. I’ve had moments today when I feel so shitty, it seems as though he just died yesterday. Though this fact never escapes my mind, today the realization is so powerful – we should have TWO boys here. These brothers should be getting to know each other, playing together.

Joel brings us so much joy, so sometimes this is a happy room, but almost everything in this room seems to represent our broken dreams, so other times, like today, it is a sad, sad room.

I don’t know what to do about it. Would redecorating help? It seems like it might, but it also feels so, so wrong to do so. No one should have to think about such things.

I don’t know why I’m so consumed by these thoughts about things that are only things. I’m not really even a things-driven person. I guess I can now understand how people become hoarders.

People keep asking me what I want to do with this room, and I want them to shut the hell up. I don’t know what the eff to do. I want someone to do it for me!

People who visit (who don’t know about Matthew) see this room and go, “Oh!!! Is this his (Joel’s) room?” And I don’t know whether to explain why it looks like such a pit. At least Joel is too young to care. My goal is to figure it all out before he can. 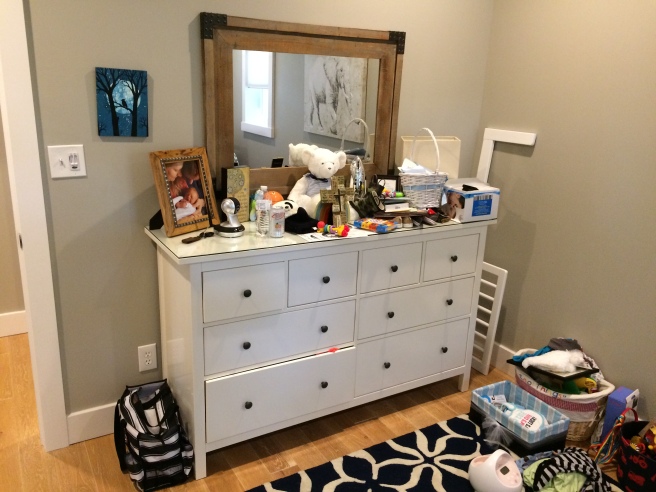 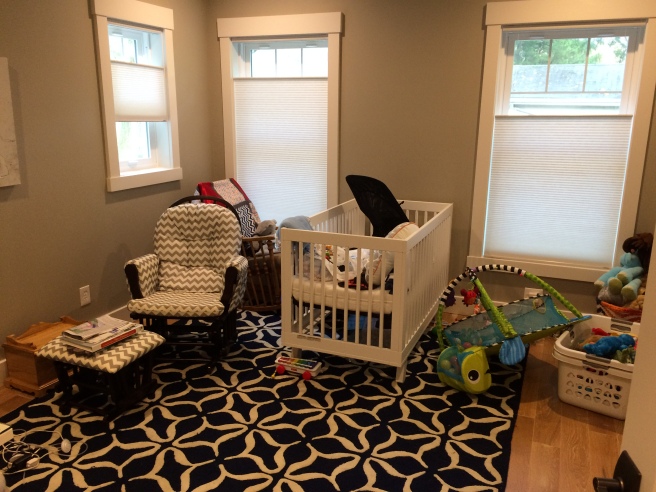 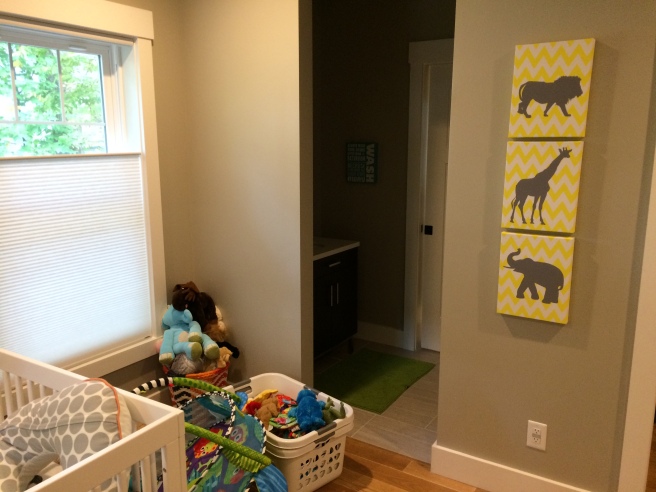 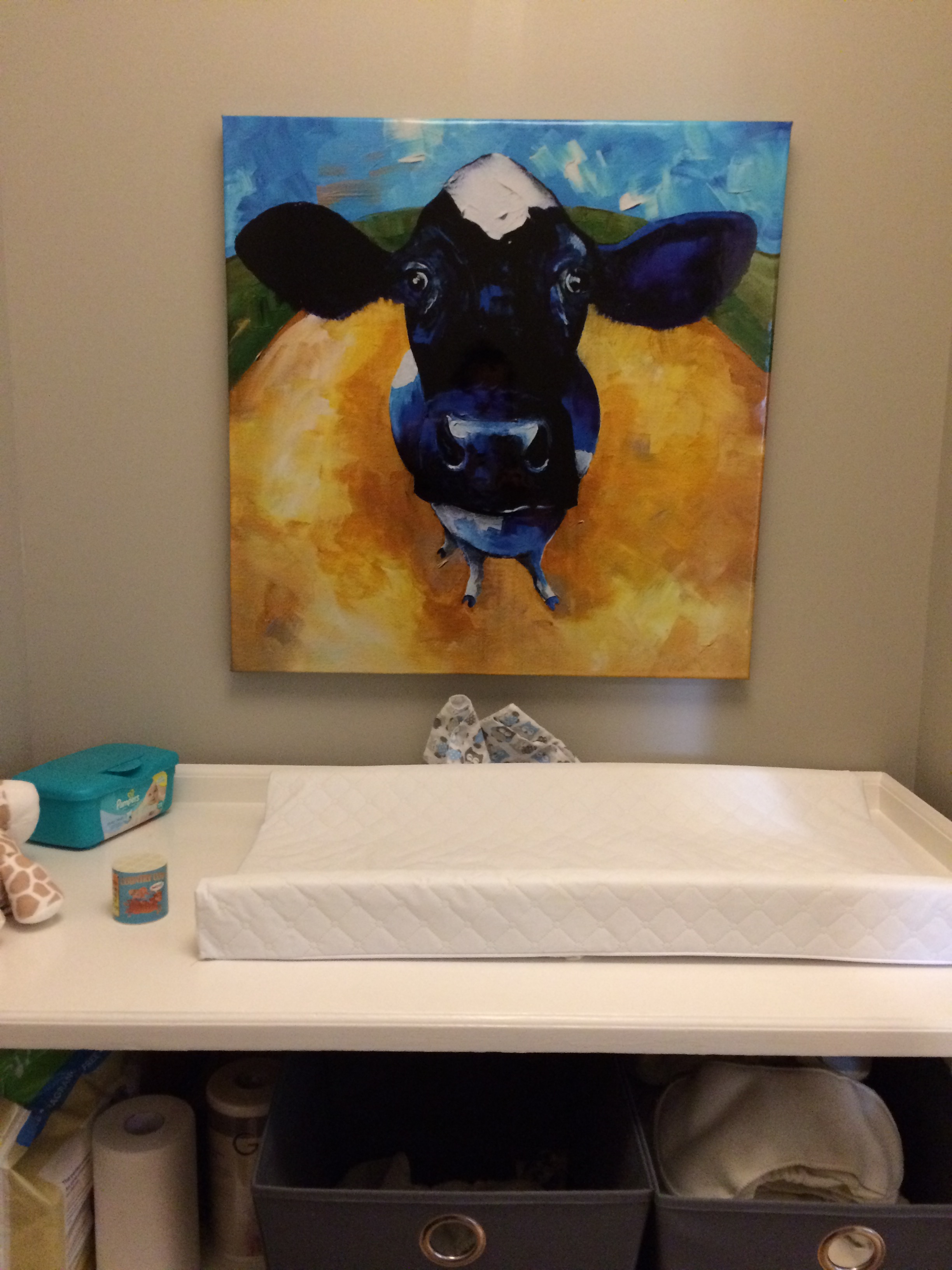 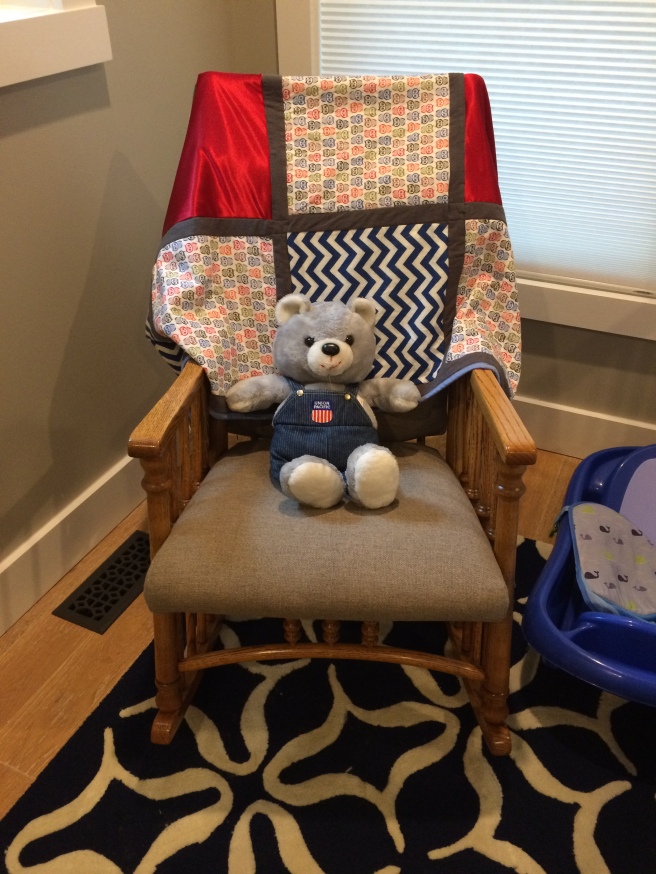